Gary McDonald has fond memories of Lunch With Casey. He was one of many kids that visited the show over the years. Fortunately, Gary had the foresight to take his camera with him and take these photos!

Gary says, “Back in about 1971 I came to know Roundhouse Rodney pretty well. He allowed me the opportunity to go and watch the “Lunch With Casey Show” live down at WTCN-11 several times. I treasure those memories. It was Their kindness that helped launched me into a television career of my own. For the last 17 years I have worked as an ‘operations engineer’ at KATU-Television in Portland.” 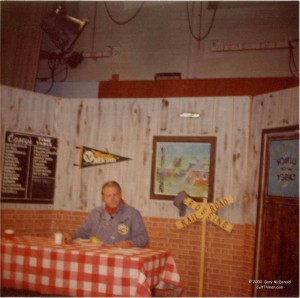 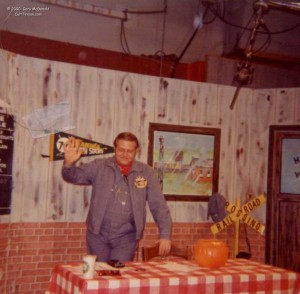 These photos are of the set on one of my visits.I deliberately shot the pix off the set because I could not believe that it was only make believe. (Note the pumpkin on the table, which puts these photos around Halloween) 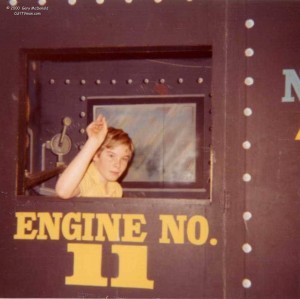 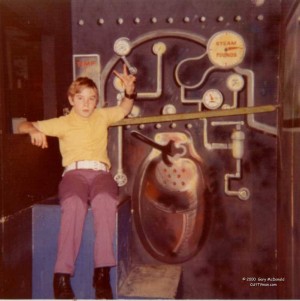 These are pictures of me in the ENGINE NO. 11. 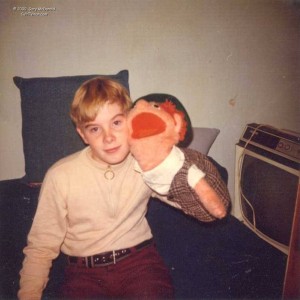 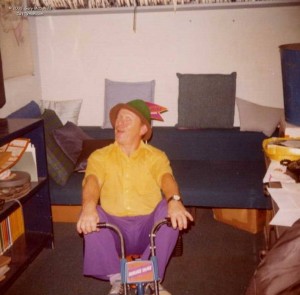 These photos were taken in Roger and Lynns’ office at WTCN-TV. The dates on these pictures of mine would have been 1971-1972. Not exactly sure when. Roundhouse took that picture of me and his puppet, again sitting on the couch in their office at WTCN-TV. Casey also had a puppet that someone made for him of his likeness I do believe.. 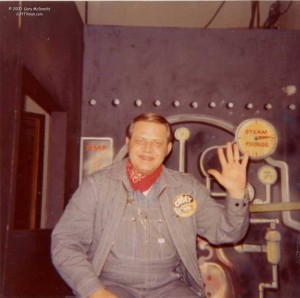 WTCN was the first TV station I was ever in. I was about 11 years old. Casey & Roundhouse were so kind to me. They sparked an interest in television in me that never left. I have made a living in TV now for 20 years.