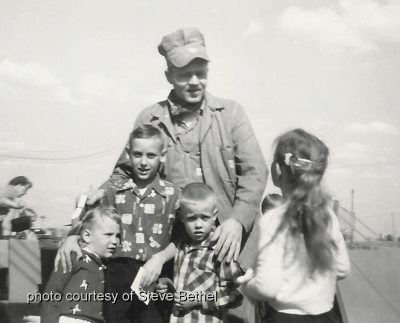 Steve Bethel was kind enough to share this photo from a childhood trip to Queen Anne’s Kiddieland. He notes: “I found this slide amongst my Dad’s old slides. It is my friends and I at Queen Anne Kiddieland in 1957. For some reason, I was not happy.”

Queen Anne Kiddieland was located near the where 494 and 100 now meet. It was home to the Rock Island Rocket, a miniature 1/6 scale train now housed at the Jackson Street Roundhouse. No doubt Casey took many rides on this train.

If anyone has any more information about Queen Anne Kiddieland, please send them in! Photos would be great too, even if they don’t feature Casey.