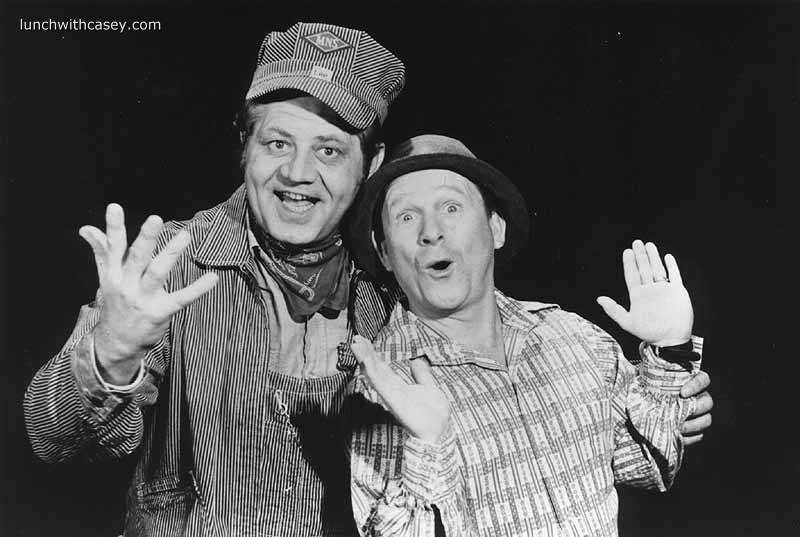 I’ve gathered a few of the comments that have been posted in the old Casey forum and on Facebook.    A lot of people have fond memories of being on the show

Matthewmtt: I am having so much fun remembering those good old days. We lived in Hopkins from 1964 through 1969. Those were some of the happiest days of my life and Casey and Roundhouse were a big part of that. I will never forget when Roundhouse came to our school and I got to meet him in person. I told him that my brother would never believe it so he promised to mention me on the air and he kept that promise. What a great guy, God rest his soul. (Oct 2009)

Martha: I was telling my kids I could remember them singing “Walking in my winter underwear” to the tune of “Walking in a Winter Wonderland”. I don’t remember who sang it or who walked around in his long johns but I remember finding it very funny. I also remember Hercules, Gumby and Pokey and a visit by the stars to our school on an open night. I went to Tuttle Elementary from 1965 to 1969 and lived in southeast Minneapolis, now living in Cairns Australia.   (Dec 2009)

Augie: I had went to WTCN with either my brother in law, or my Dad, probably sometime in the late 60’s or early 70’s, to see a live All Star Wrestling match.  Walking up the stairs, on his hands, was none other than Roundhouse Rodney himself!  I think I remember seeing his green hat that he was wearing!  (May 2006)

mcannon1104:  I lived in White Bear Lake from 1959 to 1964. I was from 6 years old to 11 years old. During this time, our neighborhood held a block party, and our special guest was Roundhouse Rodney. I was very impressed, and I remember talking to Rodney with great admiration.  (Sept 2006)

60schild: I am soooo glad I found this website. I too remember running home from school (Harrison Elemetary, North Minneapolis) just to watch Casey and Roundhouse Rodney EVERY DAY! And I don’t remember seeing any of the shows in color because we didn’t own a color tv set either!! I am so glad they have these shows available. You know, just this past September when I called my sister to wish her happy birthday, I sang the Casey Jones Birthday song to her and off we both went to Memory Lane!! In ending: I really don’t have a favorite, all the stuff done on the show was absolutely ‘da bomb! (Apr 2003)

incaseysgang: Does anyone remember how, towards the end of the series, they showed how they did some of the TV tricks to make it happen onscreen? They showed how they ‘shrank’ Roundhouse to fit in the pumpkin using camera tricks, and Casey passed his hand through Roundhouse. I believe they also explained how they did Oswald (My dad’s middle name!) McGumm. I think they showed blue-screen techniques, like ‘Valkin’ In My Vinter Undervear’, too. It was a sad day indeed when Engine No. 11 rolled out of the studio for the last time. Even Mom cried a little. I felt a little of the same sadness when Clancy and Willie left the air.    You always remember your childhood friends with fondness, even though you haven’t seen them in more than 30 years. Here’s to you, Casey and Roundhouse, Clancy and Willie, Carmen the Nurse, The Little Rascals, Wednesday nights with John Gallos presenting Laurel and Hardy films, (Sunday mornings, too). Who could ever forget Horror, Incorporated, or the Mel Jass Matinee, not to mention Axel’s Treehouse, though my memories of him are hazy.  (Jan 2009)

Deb Tholen Lehrke: My dad was “Uncle John” from Uncle Johns Pancake House. He use to show up on the show and deliver pancakes to “Casey” and “Roundhouse”. Good memories of going along to the studio with my dad and being able to stand next to the camera man during the show. (Nov 2012)

Maggie Ridgeposted:  We watched the show every day as we ate our lunch (when you could still come home from school for lunch). It’s my B day and my sis left me a message with the Casey Birthday song. I remembered every word and sang along.   Happy Happy Birthday to every girl and boy. Hope this very special day brings you lots of joy…….  (Oct 2012)

John Reynolds: Remember seeing Casey and Roundhouse Rodney at a Twins game at the old Met Stadium. I ran though the bleachers to get their autographs. Still have them. Good memories!!!  (Mar 2012)

Kimberly Cope: I remember sending in my former boyfriend’s name in to be read on the birthday list–my boyfriend was about 26 years old at the time and thrilled!  (Jan 2011)