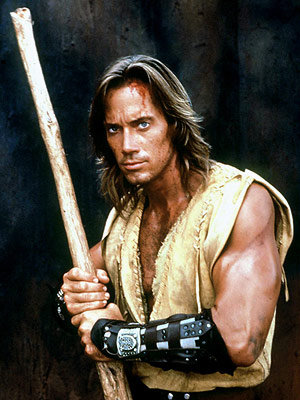 Here’s an interesting titbit worth sharing.  Kevin Sorbo, the actor who play Hercules, grew up in the Twin Cities and appeared on Lunch with Casey.    Or at least he remembers being on the show.   Judging from his description, it sounds like he was on The Dave Lee Show or Popeye and Pete.

Here’s the story he told to Craig Kilborn on the Late Late Show, on February 15, 2002

Craig Kilborn: I mentioned Minnesota. Now I grew up there, I mean, I wasn’t born there. You were actually born there.

Kevin Sorbo: I was born there. Mound, Minnesota. Home of Tonka Toys. Tonka Toys are made there.

CK: But you watched Casey Jones.

CK: That was the show that all the kids watched.

KS: I was on the show once. I was in second or third grade, we went with a big group of us from the neighborhood, and they gave you this big bag of gifts, and if you raised your hand quickest they let you announce it, so that was a big deal, so I went for it, and Mark, my neighbor, grabs my arm and raises his! And they picked him instead of me.