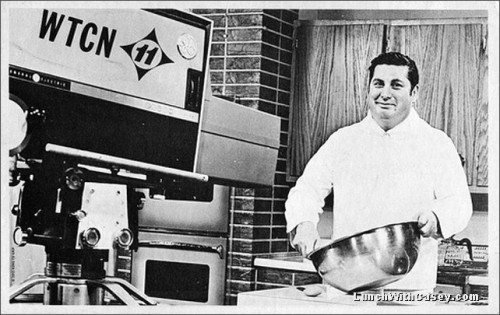 Chef Hank Meadows was a well known personality on WTCN-TV, frequently delivering meals to Casey Jones. He hosted a daily cooking show, which ran for 15 years on channel 11.  He promoted his program by creating the “Tired Housewives Club,” who would meet monthly for lunch with local celebrities.   The group at one point claimed 4500 members.   Following his time in Minneapolis, Hank hosted a cooking shows in South Dakota and Florida.

Besides being a well known television chef, Hank Meadows was a local Twin Cities gourmet.  He was the “executive chef” at McGuire’s Restaurant, Schriek’s Cafe, and his own Royal Market & Restaurant.

It is claimed that Hank started as a cook when he was 14, shortly after his parents died.   He later was a cook for the Civilian Conservation Corps, and then the US Navy.   He developed his skills as a cook at the Athens Club in Oakland, California.  Over the years he won many awards and was a member of the Academy of Chefs.

Throughout his career he published a number of popular cookbooks.  His Chicken and Poultry cookbook reportedly sold 300,000 copies.   All the copies I’ve seen of Cooking with Hank were autographed.  Most of these are available on Amazon and Ebay. 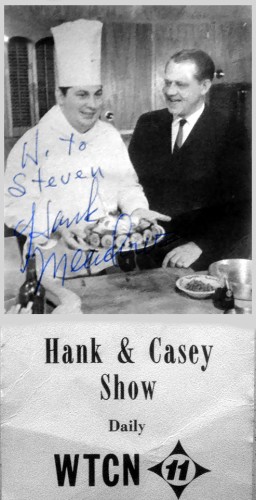 These pictures are promotional cards from Hank’s time on WTCN, dating to the mid 60s.  The top photo promoted Hank’s own Royal Market.  The bottom photo was posted to the Old Minneapolis Facebook page by Steve Lehr. 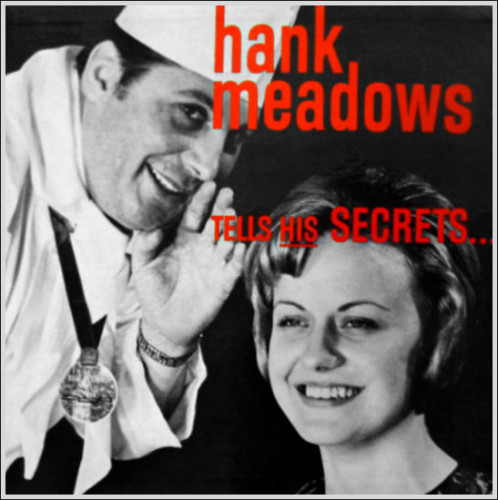 And for the record collectors out there, here is Hank’s LP called Hank Meadow’s Tells His Secrets.   This came out in the early ’60’s.  Side one features Hank sharing his recipes for Roquefort dressing, stuffed baked potatoes, chicken with wine, and more.   The flip side features music from Rod’s Bel-Airs, who often performed at McGuire’s Restaurant.