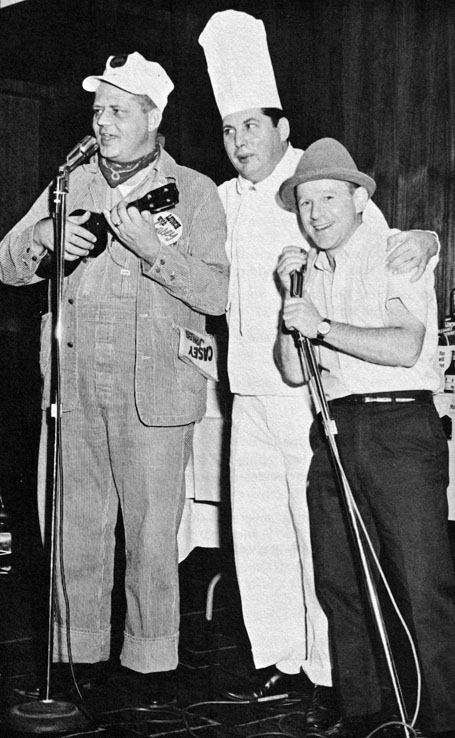 Here is a rare photo from the late sixties of Casey and Roundhouse at a personal appearence with Hank Meadows.   Hank hosted his own cooking show on WTCN, and appeared various programs over the years.   He frequently visited Lunch With Casey, delivering a variety of meals for Casey Jones.    He owned his own restaurant called Hank Meadows’ Royal Market and Restaurant serving fine gourmet dinners, and featured a large banquet hall and bakery.