Here’s a look at the Minneapolis TV schedule from April 1957. You can see that Casey Jones was a half hour show at noon on channel 11. A couple other things to note… Tel-A-Story was a childrens show at 9am on WTCN. This was directed by Roger Awsumb, as well as Romper Room at 11 and the Mel Jass Movie. JP Patches had a show at 9:30am, and Chris Wedes had taken over the role of JP Patches at this time. Cartoon Carnival at 4pm featured Chris Wedes as Joe the Cook and Roger Awsumb as Roo Roo the Kangaroo. Over on WCCO, you had Axel on at 5pm, sandwiched between Bugs Bunny and Popeye programming. KSTP had Daryl Laub as TN Tatters at 5pm, up against Axel. 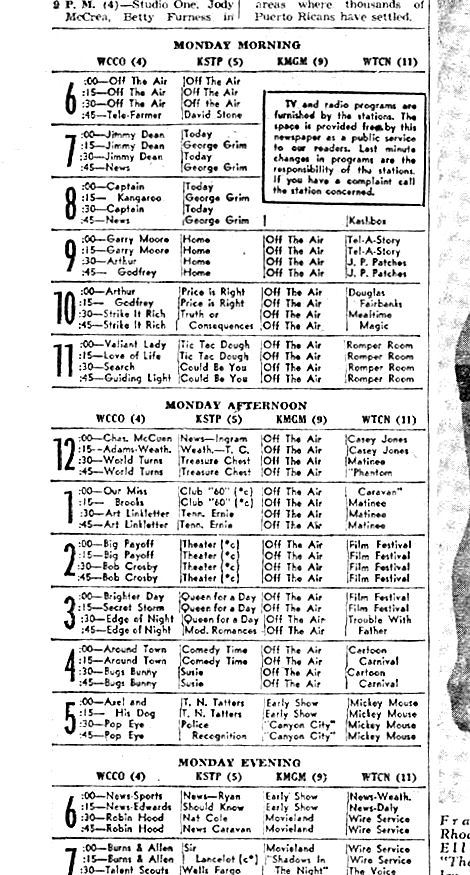