Gary McDonald grew up watching Lunch with Casey, and became friends with Roundhouse Rodney.   Today he lives in Beaverton Oregon and works in the television industry.   He recently returned to Minnesota for a visit and passed along these pictures.

I just got back from a short trip to the Twin Cities Sunday! It has been the first time for me, since 1976.

I met up with Roundhouse Rodney’s son Loren, and John Oliver, while I was there. John is a “Minnesota Transportation Museum” member and has been involved with the restoration project of Casey Jones’ engine, from the beginning. (The 2156)

We had a great day touring the Jackson Street Roundhouse and the MTM.  John acted as a great tour guide, and Loren was a great sport as I asked him to bring along his Dad’s hat! It was a SUPER DAY! 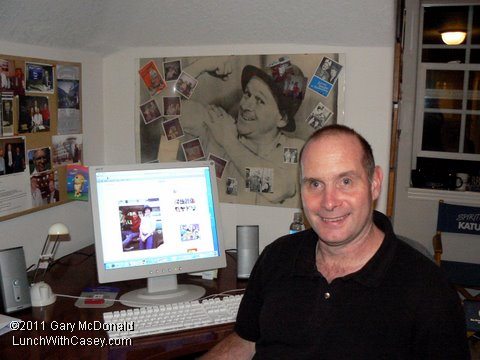 I’m still a fan after all these years. And I’m off to the Twin  Cities for the first time since 1976 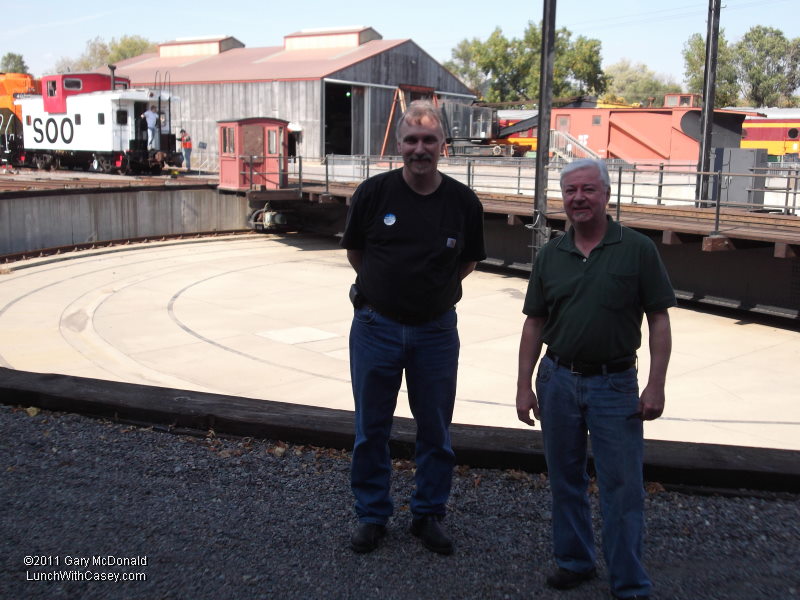 John Oliver is a Minnesota Transportation Museum member and has been  involved with the Casey Jones engine restoration project from the  beginning. He acted as our tour guide. I will probably think of Loren as Roundhouse Rodney Jr. from now on. 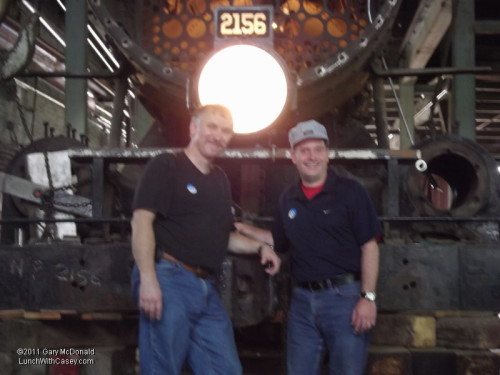 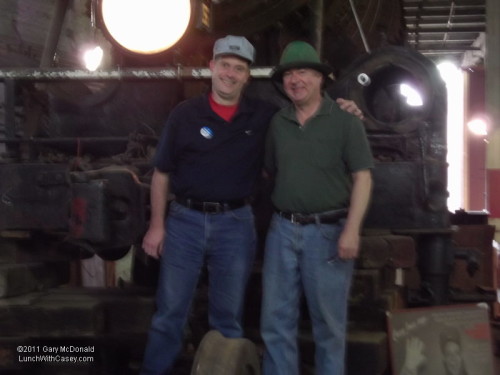 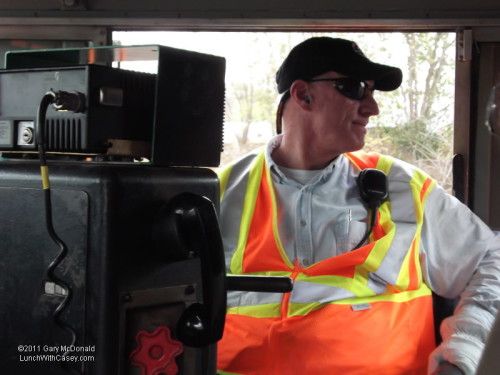 MTM engineer Gary at the helm 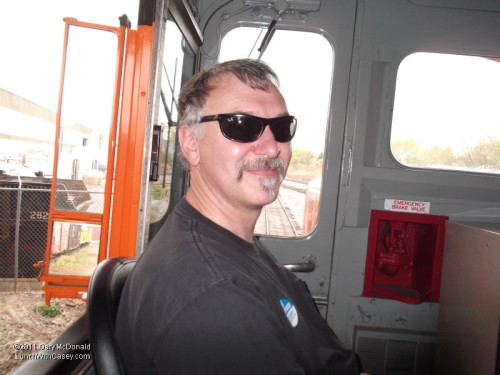 MTM engineer Gary at the controls of a working diesel engine at the  MTM, and John enjoying the ride from the Fireman’s position 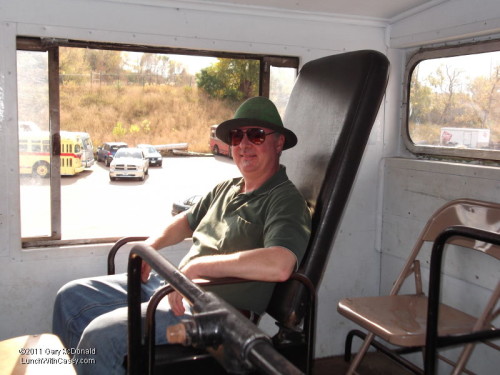 Loren Dwyer in the caboose

“Hummm. Wait a minute… Did Roundhouse finally catch a ride on the  caboose???” 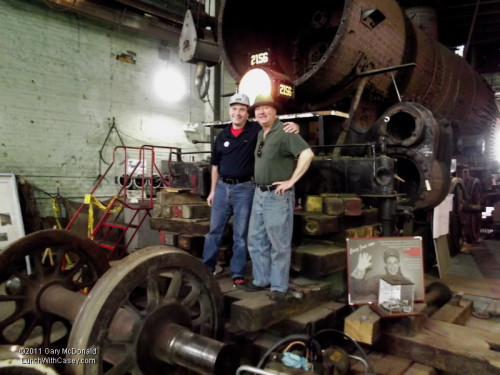