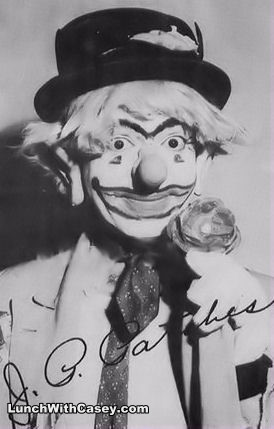 Broadcasting legend Chris Wedes has passed away at the age of 84.   Twin Cities television viewers best remember him as “Joe the Cook” on the Lunch with Casey show during the early years of the program.   In 1955, Wedes took over the character of “J.P. Patches” on WTCN and later moved to Seattle where J.P Patches entertained children on KIRO from 1958 to 1981.

Chris Wedes was born in St. Paul, Minnesota in 1928.  His parents were Greek immigrants, and he took over the family restaurant business while he was still in his teens.   When he graduated from high school, he attended Macalester College where he was active in theater and radio.   While at Macalester, he became close friends with John Gallos who later became “Clancy the Cop” on WCCO and Roger Awsumb who went on to become “Casey Jones” on WTCN.   Wedes served in the army during the Korean War, and when he returned the Minnesota, he joined a radio station in Mankato.

In 1954, Chris Wedes received a phone call from his friend Roger Awsumb, telling him there was a position at WMIN-TV for a floor director.   Even though he knew very little about television, he took the job anyway.   Before long, he had created the character of “Joe the Cook” on Casey Jones’ Noontime Express, and each day Casey Jones would arrive at Joe’s lunch counter for soup or a sandwich.   Joe the Cook was so popular with kids that he was given his own show in the afternoon called “Cartoon Carnival.”    Joe’s sidekick on that show was “Roo Roo the Kangaroo”, played by Roger Awsumb in an uncomfortable kangaroo suit.   Joe the Cook and Roo Roo also had a Saturday program called “Joe the Cook’s Popcorn Party.” 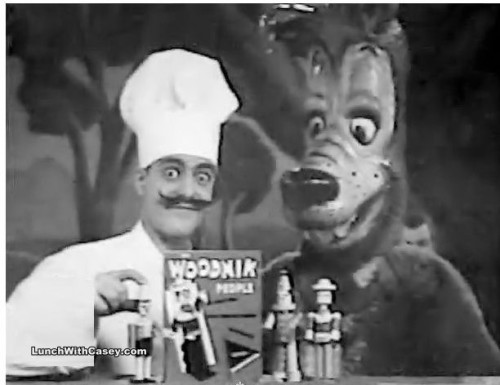 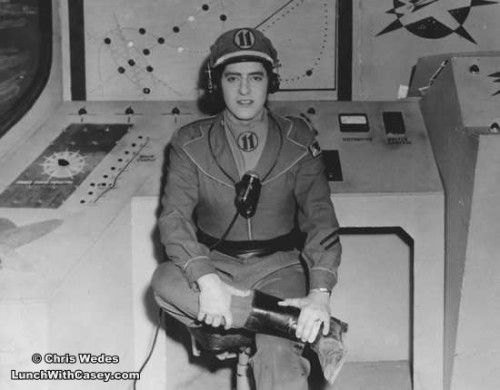 Jim Lange had created the role of Captain 11, and when he left for work in Los Angeles (Lange later hosted The Dating Game), Chris Wedes took over the Captain 11 show.    Captain 11 featured old science fiction and adventure serials such as Buck Rogers. 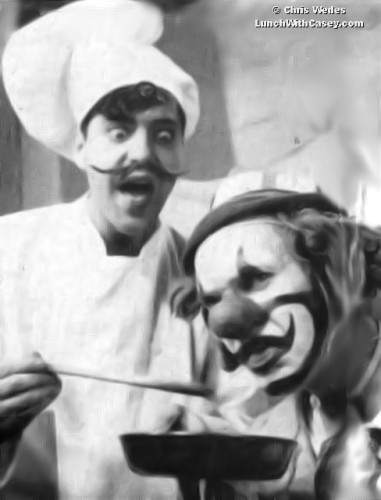 One of the popular programs on channel 11 was Cartoon Carnival with “J.P. Patches.”   Daryl Laub played the popular clown and Chris Wedes would appear as Joe the Cook and other characters.    In 1955, Laub was lured away to KMSP, channel 5 where he became another clown named “T.N. Tatters.”    The management of channel 11 asked Chris to take over as J.P. Patches, but he was reluctant to take on another character.    He was persuaded to become J.P. Patches (or threatened if he didn’t, depending on the story) and a legend was born. 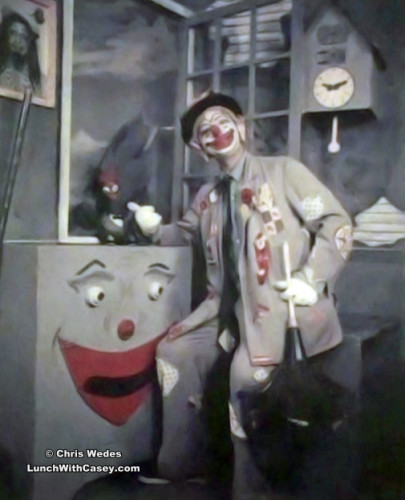 Chris Wedes and Roger Awsumb would make many personal appearances throughout Minnesota.   One of the largest was at Excelsior Amusement Park where they would entertain as all of their different personalities.    Roger would take the stage as Casey Jones, joined by Joe the Cook.   Roger would run off stage and put on the Roo Roo the Kangaroo costume.   When he returned to the stage, Chris would run off and put on his J.P. Patches make-up.     Roger and Chris also made many personal appearances at Queen Anne Kiddieland.

In 1958, Chris Wedes was offered a show at KIRO, the new television station in Seattle, Washington.   His last show with Casey Jones was a sad day for everyone at channel 11.   Roger Awsumb and Chris Wedes had been long time friends, and the entire staff at WTCN were a large family.    Chris said that he tried to make Casey laugh, but director Al DeRusha said everyone was in tears. 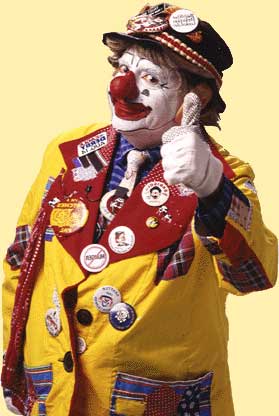 In Seattle, Chris Wedes as “J.P. Patches” became a megastar.   The J.P. Patches Show featured the usual cartoons, but it was the zaniness of J. P. and his pal “Gertrude”, played by Bob Newman, that kept children entertained.   The program ran until 1981 and Chris Wedes continued to make personal appearances until he retired in 2011.   Throughout his career, Wedes worked to raise funds for Children’s Hospital in Seattle and would frequently visit children there.   The kids that grew up watching J.P. Patches were known as “Patches Pals” and J.P. would announce their birthdays through his magical “ICU2TV.”    In 2008, a statue of J.P. and Gertrude was unveiled in the Fremont district of Seattle.

Chris Wedes made his final appearance as J.P. Patches on September, 2011.   He is survived by his wife Joanie, his daughter and granddaughter,  and thousands of Patches Pals throughout the Northwest.