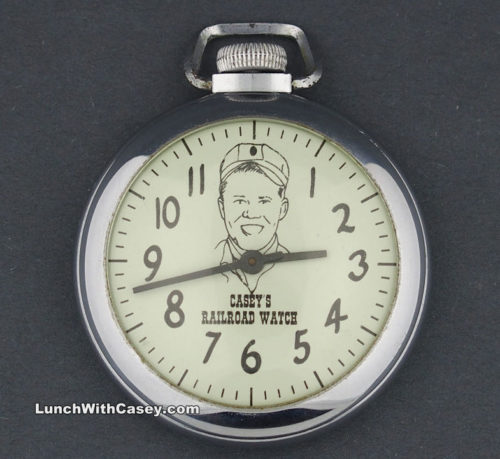 Over the years, Casey Jones sold various products including the Casey Jones Joke Book, a Casey Jones railroad hat, and more.  In the early sixties, he offered a Casey Jones Railroad Watch, which was an actual pocket watch produced by Ingraham.   The price was a hefty $3.95, which would translate to about $32 in 2017.    Given the price of this watch, it is not likely that many of these were sold.   Today, these are pretty hard to come by.   I know Roger Awsumb saved one over the years.   After many years of searching, I was able to purchase one from a dealer who sold “character watches.” 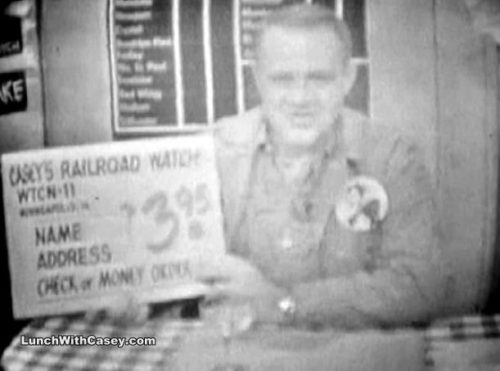 This image is from a kinescope made around 1962 or 1963 that was prepared for a holiday party at the station.

Does anyone remember having Casey’s Railroad Watch?