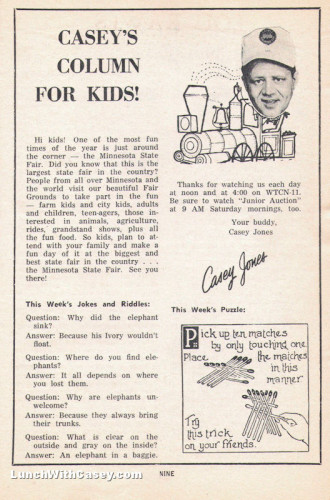 Casey’s Column for Kids was a feature in TV Digest, at least for a short time in 1969.   This one page feature is from the August 16, 1969 issue.   The cover highlighted the Minnesota State Fair, as did Casey in his message.   Other brief articles feature Gale Gordon from the Here’s Lucy show, and singer Lou Rawls.   Paging through the listings, you would see Clancy and Company each weekday morning at 7:30AM on WCCO.   On WTCN, the Dave Lee show aired at 8:30AM opposite Grandpa Ken on KMSP.   Lunch with Casey aired weekdays at noon on channel 11, with the Casey and Roundhosue show at 4:00PM. 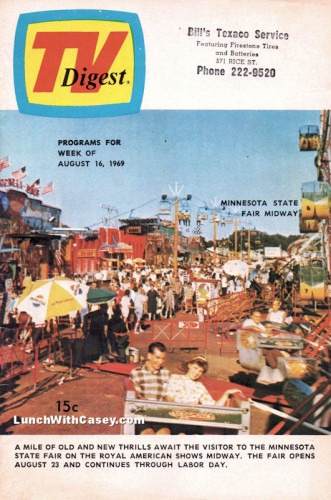