Roger was one of the nicest people I have ever known. These pictures are sort of a look at what he did after he retired from television. He was a very popular figure in the Brainerd Lakes area and a genuine friend. 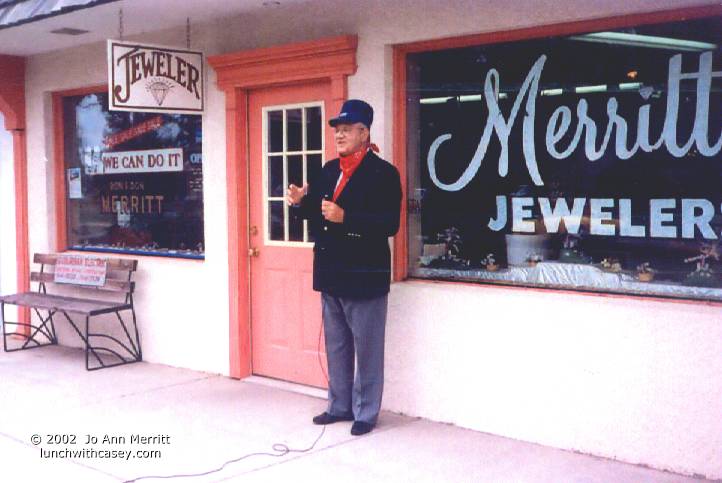 We are not from Minnesota and did not know him when he was Casey Jones on TV. We came to the Brainerd Lakes area from Florida, first as summer residents and then full time. Our long friendship with Roger began when my husband, Don, and I opened Merritt Jewelers in the little town of Pequot Lanes, MN in 1984.

Roger at that time was employed as an announcer at KLKS radio, which had just gone on the air. By luck of the draw, Roger was doing our radio advertising announcements. We knew nothing about him except that he was a very good announcer and had good results from the advertising. We asked the station if he could do ads for us exclusively as a jewelry store. That was the beginning of a great friendship. 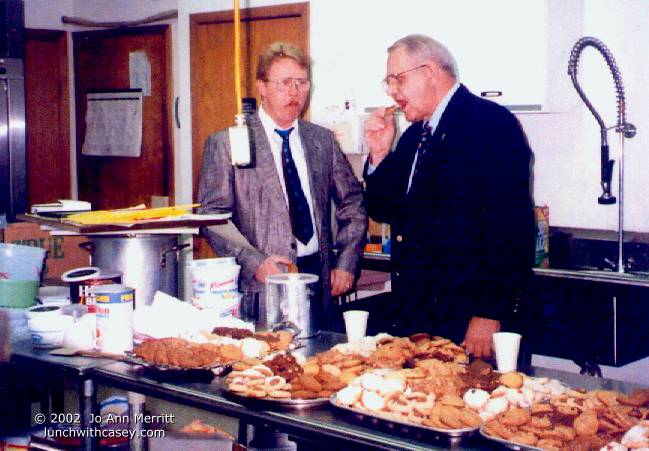 
Roger became a regular visitor at our business, stopping in for coffee and homemade cookies. People would come in just because Roger was doing our advertising. Many of our customers were the parents of the kids who watched the show in Minneapolis. Over the years he became a very dear friend, almost like a member of the family. He continued doing our radio ads even after he retired. We were also advertising on local cable and Roger appeared in most of our ads. 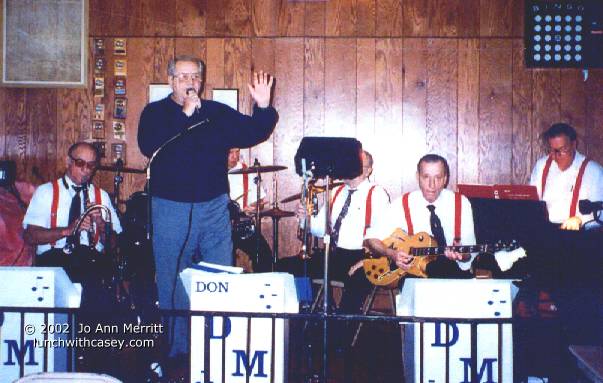 My husband, Don Merritt Sr., had a dance band, The Don Merrritt Orchestra, that was playing at clubs and resorts in the Lakes Area and we thought it would be a nice idea to sponsor free dances for senior citizens in the area. The band and Merritt Jewelers worked out arrangements with various places to use their facilities on Sunday afternoons. We provided free food, refreshments and entertainment. There were usually over 200 people. Don Jr. ‘s wife, Barb, and I baked all the cookies. Roger always was there as emcee. He sang his songs and told his jokes and all the seniors loved it. He even played Santa at the Christmas dances. 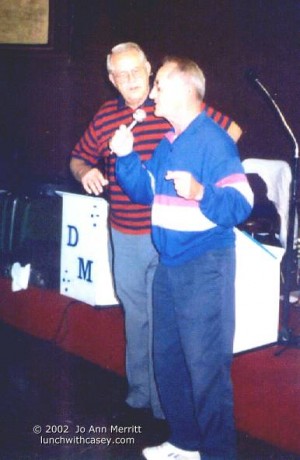 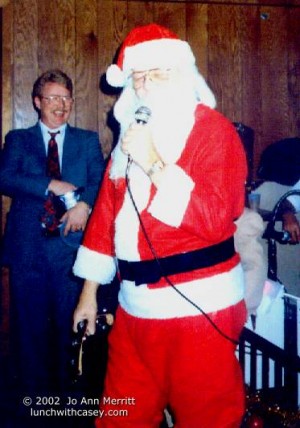 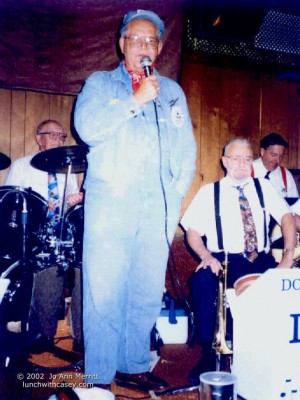 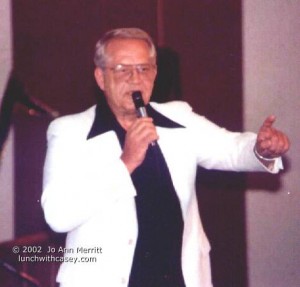 Our son, Don Merritt Jr. now owns and runs the business. Our daughter-in-law, Barb Merritt, grew up in St. Paul and was a fan of Casey. Don Jr. was a pallbearer at Roger’s funeral. He says the business isn’t fun anymore now that Roger is gone.

He was such a great and kind person.