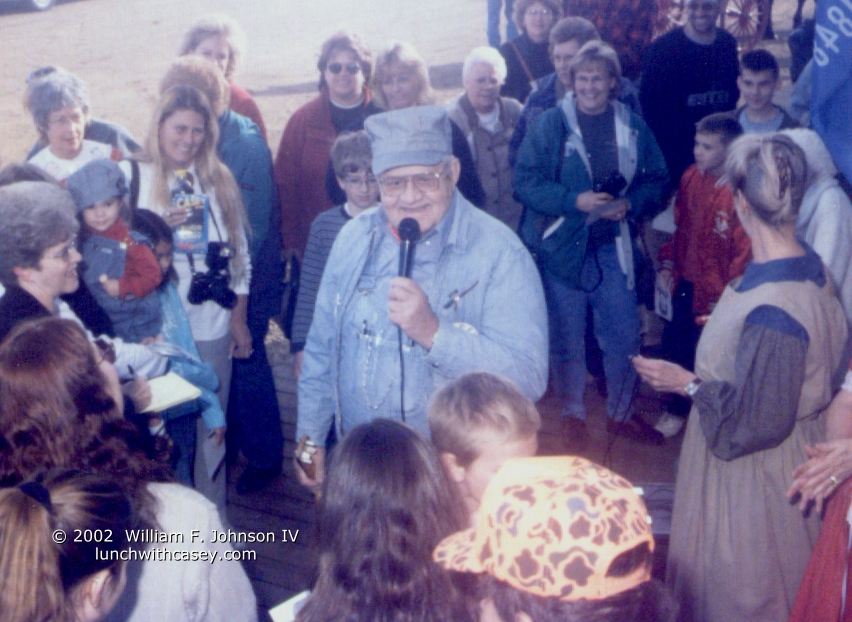 William F Johnson was kind enough to share these photos from one of Roger Awsumb’s final personal appearances as Casey Jones.

The event was part of 100th anniversary celebration in the town of Frederic, WI. in October 2001. Over 100 fans spent a delightful couple of hours with Casey at Frederic’s restored Soo Line train depot. 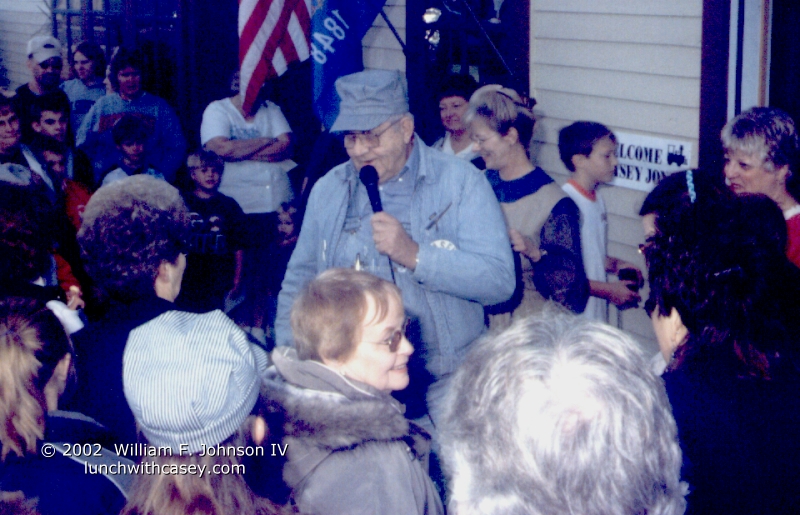 Casey has served as Grand Marshal of the Frederic Family Days parade in the 1960’s when he was a major television personality in the area.